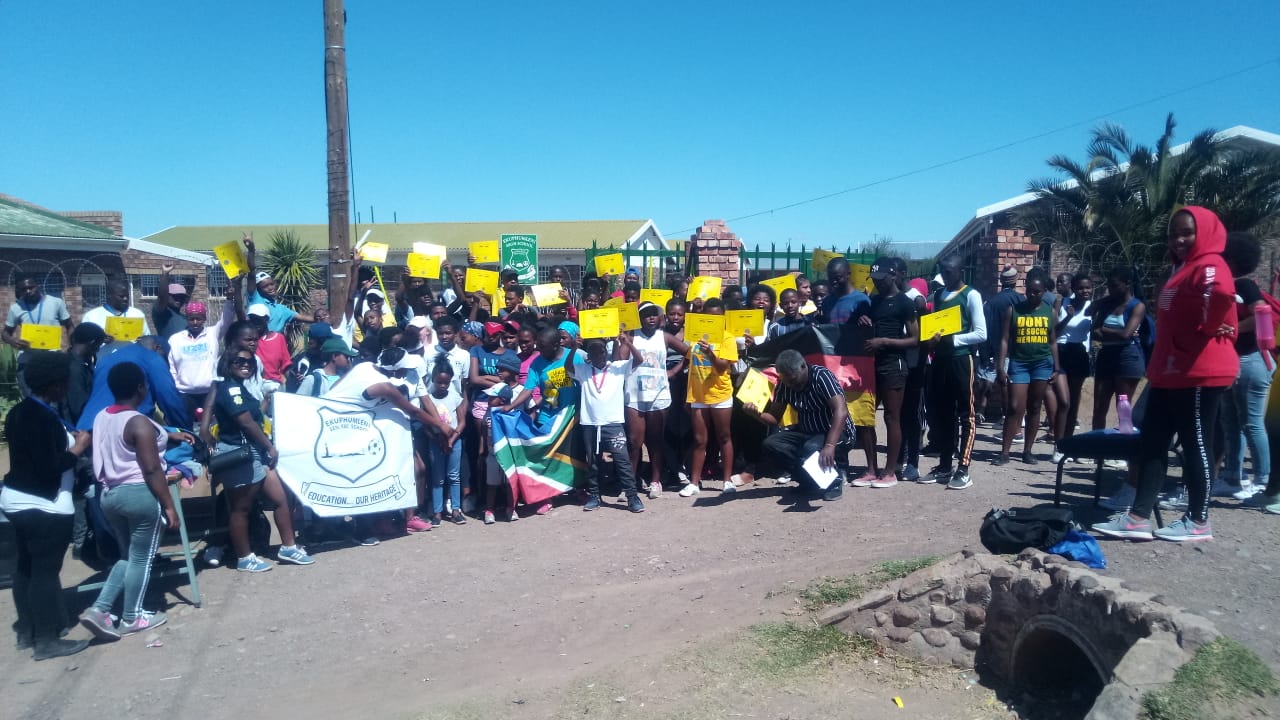 Over 1000 students and teachers and parents from Ekuphumleni High participated in a 15km Fun Run in Whittlesea, while in Germany, several runners took part in the Cologne Marathon in the city of Cologne.

This was all part of the annual fundraiser Africa Run, of which Ekuphumleni High School is the recipient. Hosted by the German NGO Umckaloabo Foundation, individual runners in Germany and elsewhere raise funds every year, which are matched by the German company Schwabe. These funds are then invested in a school in Southern Africa and go towards improving infrastructure and supporting teacher and student development.

The Fun Run was organised by Ekuphumleni in solidarity with the individual runners who are working hard to raise funds for them. “We did the Fun Run in camaraderie with the German runners. We are grateful for every individual runner’s engagement and don’t want to fold our arms while other people do the work,” said Mr Lizwe Ngalo, the principal of Ekuphumleni High School.

“It was a great feeling knowing that we were running for the same goal, to raise funds for the future of Ekuphumleni,” says Yolanda Yuoase, a grade 12 student.

Those participating in the Fun Run contributed a joining fee as part of the fundraising effort and Ekuphumleni managed to raise R13 000 through this initiative.