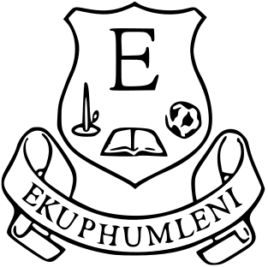 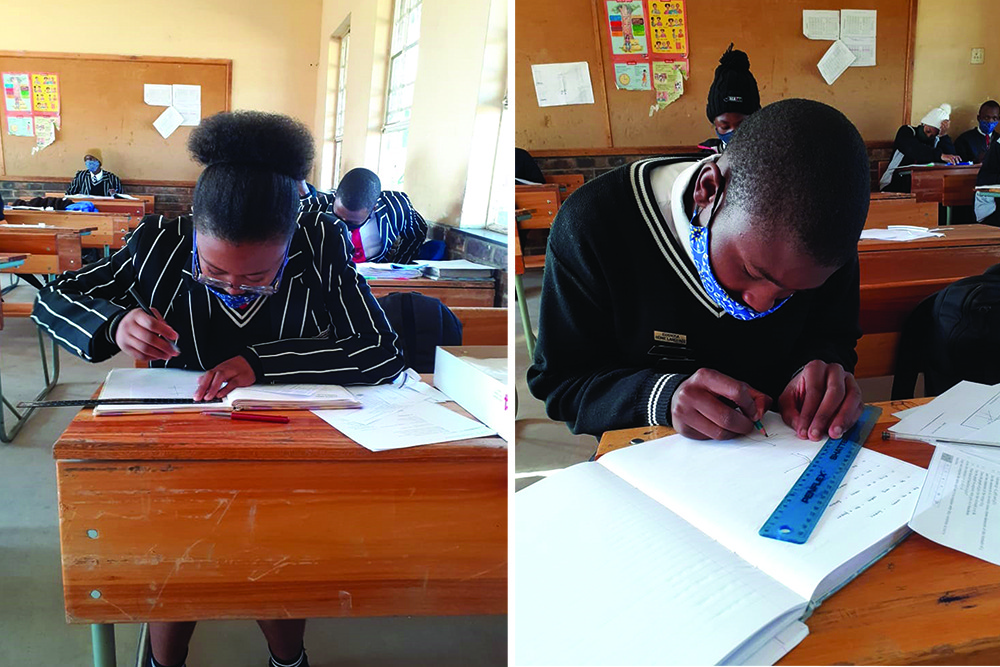 The first day back for the grade 12 students and all the teachers on 8 June was a big one for everyone – initial concerns had to be overcome and new routines had to be adjusted to.

“It was really overwhelming,” says Mgudlwa Somila, one of the grade 12 students, “Firstly because everyone is worried about the coronavirus and secondly because you realise that things are no longer the same.”

Classes that once contained up to 80 students now have to be split up into smaller groups of around 20, however still with only one teacher available. “Now we have to teach the same lesson up to five times in a day,” says Mzi Mdlangu, the vice principal of Ekuphumleni.

The social life has also changed: “Break time feels so strange,” says Homo Iyapha, another grade 12 student, “we’re used to hugging and kissing our friends and having a lot of physical contact, but now we can’t do that anymore. Everyone sits at their desks and has their lunch. Talking is difficult with the masks.”

But despite all the new challenges and changes everyone has settled in and students and teachers alike are determined to finish the year. “We are lucky to be at an advantage as we had covered a lot of the curriculum already before lockdown started,” says Lizwe Ngalo, the principal. That has always been the strategy at Ekuphumleni where additional classes during the first half of the matric year allows students to move through the curriculum much faster, giving them plenty of time for revision and consolidation before the exams.

While students were encouraged to form study groups in the two months the school was closed and material was shared over WhatsApp, both Mgudlwa and Homo said that household chores and home life got in the way. Being back at Ekuphumleni gives them the space needed to focus again.

Mgudlwa says she is determined as ever to finish the school year. “We know we will make it through despite everything,” she says.

Ekuphumleni High School is thankful for the support given by the Umckaloabo and Samara Foundation which allowed them to reopen the school at the beginning of June. Without the cleaning material and sanitizer stations for the students, this would not have been possible.